Hong Kong, 22 May 2017 – Asia Satellite Telecommunications Company Limited (AsiaSat) achieved critical milestone of the AsiaSat 9 program with the successful conclusion of the Satellite Pre Ship Review (SPSR) meeting with Space Systems Loral (SSL) on 7 April 2017. Both AsiaSat and SSL agreed that AsiaSat 9 is ready for shipment to the launch site as soon as required.

During the meeting, performance data of the spacecraft was critically reviewed, deep dived into each subsystem. Launch mission and in-orbit-test were also on the agenda.

“We are pleased to achieve this key milestone with our largest-ever satellite ready to be shipped to the Baikonur launch site,” said Andrew Jordan, President and Chief Executive Officer of AsiaSat. “AsiaSat 9’s additional capacity and high performance coverage will provide the path for our continued growth and ever better service to our customers.”

AsiaSat 9 is a replacement satellite for AsiaSat 4 at 122 degrees East longitude. AsiaSat 9 is a SSL 1300E satellite equipped with 28 C-band and 32 Ku-band transponders, and a Ka-band payload. The satellite will provide enhanced C-band coverage over Asia, Australasia and the Pacific region, as well as customised Ku-band beams for Australasia, East Asia, Indonesia, Myanmar and Mongolia. AsiaSat 9 will be launched by an ILS Proton Breeze M launch vehicle from the Baikonur Cosmodrome in Kazakhstan.

About AsiaSat
Asia Satellite Telecommunications Company Limited (AsiaSat), the leading satellite operator in Asia, serves over two-thirds of the world’s population with its six satellites, AsiaSat 3S, AsiaSat 4, AsiaSat 5, AsiaSat 6, AsiaSat 7 and AsiaSat 8. The AsiaSat satellite fleet serves both the broadcast and telecommunications industries. Over 700 television and radio channels are now delivered by the company’s satellites offering access to more than 830 million TV households across the Asia-Pacific region. AsiaSat’s next satellite, AsiaSat 9 is planned to be launched in late 2017. AsiaSat is a wholly-owned subsidiary of Asia Satellite Telecommunications Holdings Limited, a company listed on The Stock Exchange of Hong Kong Limited (Stock Code: 1135). For more information, please visit www.asiasat.com 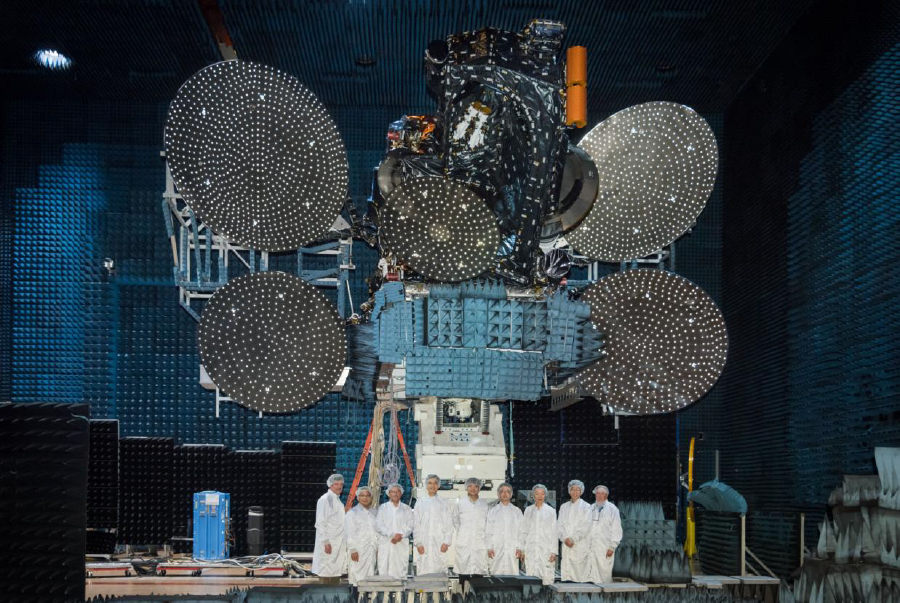