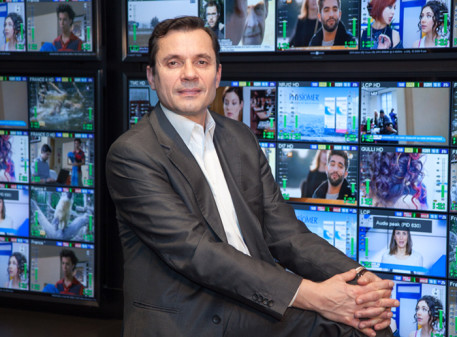 Commenting on the appointment, Rodolphe Belmer, Eutelsat’s Chief Executive Officer, said: “With experience across all specialist areas of Human Resources, Antoine brings to Eutelsat a truly global and commercial perspective on people management and will be an integral part of our executive team. His expertise in organisational development, talent management and workforce planning will enhance our approach to building strong and motivated teams that strengthen our business performance.”

Antoine succeeds Jean-Louis Robin, who will be an advisor to the CEO over the coming months before leaving Eutelsat to pursue other interests.

Established in 1977, Eutelsat Communications (Euronext Paris: ETL, ISIN code: FR0010221234) is one of the world’s leading and most experienced operators of communications satellites. The company provides capacity on 38 satellites to clients that include broadcasters and broadcasting associations, pay-TV operators, video, data and Internet service providers, enterprises and government agencies.

Eutelsat’s satellites provide ubiquitous coverage of Europe, the Middle East, Africa, Asia-Pacific and the Americas, enabling video, data, broadband and government communications to be established irrespective of a user’s location.

Headquartered in Paris, with offices and teleports around the globe, Eutelsat represents a workforce of 1,000 men and women from 37 countries who are experts in their fields and work with clients to deliver the highest quality of service.