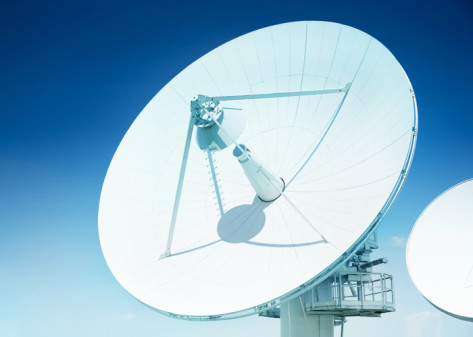 Bogota, Paris, 6 December 2017 – The Colombian Ministry of Defence has signed an agreement with Eutelsat Communications (Euronext Paris: ETL) for capacity on the EUTELSAT 115 West B satellite.

The multi-transponder contract, the first between Eutelsat and the Colombian Ministry of Defence, follows the signature of a government to government agreement between France and Colombia, designed to encourage cooperation in the context of the France-Colombia Year.

The Colombian government will leverage EUTELSAT 115 West B’s exceptional power levels over the Andean Region to host Ministry of Defence networks across the country, used by the General Command of the Colombian Military Forces, the Army and the Air Force.

General José Javier Pérez Mejía, Deputy Minister of Defence of Colombia, said: “In the interests of improved organisation of the satellite communications networks operated by our defence forces the Colombian Ministry of Defence decided to seek a single contractor to meet its diverse needs. Of the countries we invited to contend, France, through Eutelsat, presented the best economic and technical proposal, leading us to select EUTELSAT 115 West B.”

Michel Azibert, Chief Commercial and Development Officer at Eutelsat, added: “This first agreement with the Colombian Ministry of Defence reinforces our commitment to working hand in hand with governments across the globe to deliver efficient solutions matching connectivity and security needs. We’re delighted to enter into this new relationship in the context of the 2017 France-Colombia Year, and to strengthen relations between both countries.”

About Eutelsat Communications
Founded in 1977, Eutelsat Communications is one of the world’s leading satellite operators. With a global fleet of satellites and associated ground infrastructure, Eutelsat enables clients across Video, Data, Government, Fixed and Mobile Broadband markets to communicate effectively to their customers, irrespective of their location. Over 6,700 television channels operated by leading media groups are broadcast by Eutelsat to one billion viewers equipped for DTH reception or connected to terrestrial networks. Headquartered in Paris, with offices and teleports around the globe, Eutelsat assembles 1,000 men and women from 44 countries who are dedicated to delivering the highest quality of service.

For more about Eutelsat go to www.eutelsat.com