To honor Mr. Ajit Pai, Chairman of the Federal Communications Commission (FCC) and the first Indian-American to hold this post, with the inaugural Leadership Award 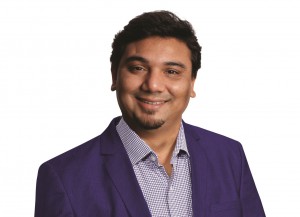 Mumbai, India, / Washington D.C., USA, July 12, 2017: Leading global content company, ZEE Entertainment Enterprises Limited (ZEEL) today announced that it will hold the first edition of the ‘ZEE Entertainment Leadership Awards’ on July 13, 2017 in the United States of America (USA). The event will take place on Capitol Hill in Washington D.C and will be attended by the country’s eminent senators and congressmen. ZEE Entertainment will honor Mr. Ajit Pai, Chairman of the Federal Communications Commission (FCC) as the first recipient of the Leadership Award. He will be felicitated by Mr. Amit Goenka, CEO – International Broadcast Business, ZEEL.

Mr. Amit Goenka, CEO – International Broadcast Business, ZEEL said, “We have instituted the ‘ZEE Entertainment Leadership Awards’ to honor individuals and institutions that have demonstrated outstanding leadership in the Media and Entertainment sector. The selection of our inaugural honoree was not difficult. The Chairman of the FCC, Mr. Ajit Pai has demonstrated a great commitment to promoting and protecting consumer access to reliable, actionable information, particularly, in our case, in the areas of healthy living, wellness, news and entertainment.”

“With a presence in the US for close to 20 years, ZEE Entertainment is today the largest multi-cultural broadcaster in the country, bringing the best of content to a diverse range of audiences. ‘ZEE Entertainment Leadership Awards’ is an effort from our end to recognize persons and institutions in the US who have made a significant and long-lasting contribution to the Media & Entertainment industry. Chairman of the FCC, Mr. Ajit Pai’s intellect, objectivity and commitment to the law make him the obvious choice for this inaugural award,” said Mr. Sameer Targe, CEO, ZEE TV Americas.

Mr. Ajit Pai, the very first Indian-American to head the Federal Communications Commission (FCC), was appointed Chairman by President Donald J. Trump in January 2017. He had previously served as Commissioner at the FCC, appointed by then-President Barack Obama and confirmed unanimously by the United States Senate in May 2012. He graduated with honors from Harvard University in 1994 and from the University of Chicago Law School in 1997, where he was an editor of the University of Chicago Law Review and won the Thomas R. Mulroy Prize.

ZEEL is present across broadcasting, movies, music, live entertainment, digital and talent businesses, both within India and overseas. ZEEL has more than 240,000 hours of television content and houses the world’s largest Hindi film library with rights to more than 4,200 movie titles across various languages. ZEEL has also produced several movies for theatrical release and is the fastest growing music label in India. It has presence in the digital space with ‘dittoTV’ and ‘OZEE’ and has also ventured into live events.

More information about ZEE and its businesses is available on www.zeetelevision.com.