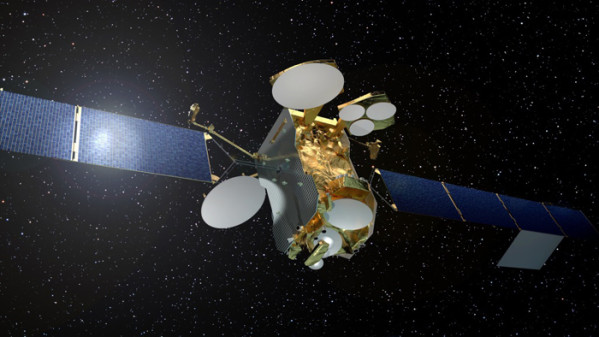 Paris, 21 November 2017 – Eutelsat Communications’ (Euronext Paris: ETL) all-electric EUTELSAT 172B satellite that went into full commercial service this morning is now offering greatly enhanced flexibility, power and connectivity for users in a vast region stretching from the West coast of the Americas to Asia, Oceania and across the Pacific.

The transfer of services to EUTELSAT 172B from EUTELSAT 172A was completed seamlessly in a series of overnight manoeuvres, releasing EUTELSAT 172A for an alternative orbital position to serve customers in the Asia-Pacific region.

Launched in June this year, EUTELSAT 172B sets a new benchmark as the fastest satellite to reach geostationary orbit using electric propulsion (in only four months) and the first optimised for in-flight connectivity across the Pacific. Its innovative High Throughput payload, consisting of 11 spotbeams, will transform efficiency by enabling power to be dynamically allocated as aircraft fly high traffic routes in the Asia Pacific region. This step change will allow Panasonic, the major client of the HTS payload, to better meet passenger demand and cost-effectively ensure consistently high levels of service to airlines.

In addition to the HTS payload, EUTELSAT 172B significantly increases regular bandwidth at the 172° East position, with C-band capacity as well as flexible Ku-band capacity spread across five interconnecting Widebeam service areas. Beyond maritime, video, enterprise, cellular backhaul and government services, the Ku-band capacity will serve as an overlay to economically deliver live television to passengers in flight.

Rodolphe Belmer, Eutelsat CEO, said: “As EUTELSAT 172B begins commercial activity that will stretch into the 2030s, this is a key moment to thank the men and women at Eutelsat and our colleagues at Airbus for collaborating passionately on a programme that sets a new industry standard. In addition to taking our 172° East location to a new level of performance for clients in the Asia-Pacific, EUTELSAT 172B further validates the value of electric propulsion for high-capacity satellites that are core to providing cost-competitive services in the telecoms marketplace.”

About Eutelsat Communications
Founded in 1977, Eutelsat Communications is one of the world’s leading satellite operators. With a global fleet of satellites and associated ground infrastructure, Eutelsat enables clients across Video, Data, Government, Fixed and Mobile Broadband markets to communicate effectively to their customers, irrespective of their location. Over 6,700 television channels operated by leading media groups are broadcast by Eutelsat to one billion viewers equipped for DTH reception or connected to terrestrial networks. Headquartered in Paris, with offices and teleports around the globe, Eutelsat assembles 1,000 men and women from 32 countries who are dedicated to delivering the highest quality of service.

Eutelsat Communications is listed on the Euronext Paris Stock Exchange (ticker: ETL).
For more about Eutelsat go to www.eutelsat.com