Mumbai, 4 October 2017: Here’s some pleasant news to kick start the festive season from Tata Sky, India’s leading content distribution platform known for launching interactive services specially customized for the Indian market. It’s time for The Tata Sky Mumbai Film Festival that has it all – screening films from both the remotest corners of India and countries across the globe, award winning, critically acclaimed masterpieces, spread over two months, that you can watch from the cosy environs of your home. These films are exclusively available on Tata Sky and curated in association with Jio MAMI Mumbai Film Festival with Star. 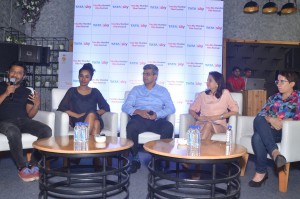 After a successful 2016 Tata Sky Mumbai Film Festival Service, wherein 20+ films were made available to Tata Sky’s subscribers at no additional charge – the company today announced a bigger and better Tata Sky Mumbai Film Festival 2017 catering to film connoisseurs. In doing so, Tata Sky will bring India’s finest cinema that may not have otherwise reached audiences across the country exclusively for its subscribers.

Arun Unni, Chief Content Officer at Tata Sky said at the launch, “The response to Tata Sky Mumbai Film Festival last year indicated that there is a sizeable audience for high quality and critically acclaimed cinema, encouraging us to further explore and bring forward these hidden gems of cinema. Tata Sky sees itself as a content and audience discovery platform where our objective is to expose a wider audience each year to high-quality films. Our scale allows us to support great art and good talent an all India platform, especially to regions outside the major cultural centres, where access to film festivals is difficult otherwise.” 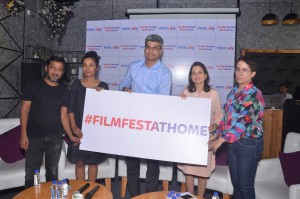 He continued, “In our view, this service goes beyond being just a place for viewers to find great cinema. It also acts as an additional platform of exhibition for the film business.”

Tata Sky Limited (‘Tata Sky’) is a joint venture between the Tata Sons and 21st Century Fox. Incorporated in 2001 and launched services in 2006, Tata Sky is India’s leading content distribution platform providing Pay TV and OTT services. With the objective of connecting to the best content in the world on any budget, any screen, anytime and anywhere, Tata Sky was the first to launch multiple products and services that redefined the subscribers viewing experience in the country.

Tata Sky has been a pioneer in the HD Set top box segment having significant market share in the category. It has been continuously adding new channels and platform services across various genres and languages to beef up its content offering to cater to all segments of the audience. Tata Sky currently has its footprints spread across 1.5 lakh towns with over 17 million connections in India. For more information on Tata Sky, visit www.tatasky.com