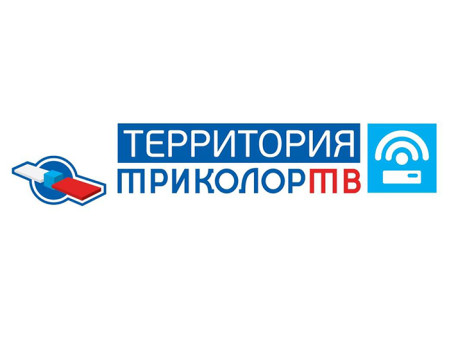 The new satellite-based service enables consumers in hotels, airports, rail stations and other public venues to have free WiFi access to TV channels on their mobile devices without consuming their mobile data allowance. Operators of public venues will be able to organise free access to an offer of 50 Tricolor TV channels. The service is also available to owners of cafés, medical surgeries, petrol stations and other commercial outlets, enabling them to enhance their relationship with customers who can benefit from a high-quality viewing experience on their mobile devices for the short periods they spend on site.

To access Territoria Tricolor, end-users can install the Smotri TV mobile app available free from the Apple App Store or Google Play and connect to a WiFi network signed up for the service and labelling its availability. Territoria Tricolor is available for 1500 rubles a month for enterprise customers in the footprint of the EUTELSAT 36C satellite that covers the European part of the Russian Federation.

Based on Eutelsat’s SmartBEAM technology, this unique offer in Russia uses a gateway designed and built by NEOTION to broadcast channels by satellite to mobile devices via a local Wi-Fi network.

Alexey Karpov, Deputy CEO in charge of linear TV development at Tricolor TV, said: “Together with our partners – including Eutelsat, Europe’s leading satellite company – we have created a service with Tricolor Territoria that responds to the interests of enterprises and their customers. Our new service is for organisations and businesses that want to get closer to their customers and strengthen loyalty. With our mobile app, users will be able to choose from dozens of the most popular channels for free, enhancing time spent in public areas and retail outlets.”

Michel Azibert, Chief Commercial and Development Officer at Eutelsat, added: “Thanks to our partnership with Tricolor TV, viewers in Russia will benefit from a high-technology service based on our SmartBEAM solution. The launch of Territoria Tricolor illustrates the increasing role satellites are playing in improving OTT offers and the potential to significantly enhance the viewing experience on mobile devices.”

About Tricolor
Tricolor TV, Russia’s largest digital TV operator, provides high-quality and cutting-edge digital television services throughout Russia. At the end of third quarter 2017 Tricolor TV’s subscriber base was 12.24 million households, representing approximately 40 million people, or one in four people in Russia. HDTV is one of the key innovations driven by Tricolor TV. The operator is the absolute leader of HDTV viewing in Russia, with 9.3 million HD household subscribers at the end of third quarter 2017. In 2016, Tricolor TV was ranked by IHS Technology as the fifth largest pay-TV operator in the world.
www.tricolor.tv

About Eutelsat Communications
Founded in 1977, Eutelsat Communications is one of the world’s leading satellite operators. With a global fleet of satellites and associated ground infrastructure, Eutelsat enables clients across Video, Data, Government, Fixed and Mobile Broadband markets to communicate effectively to their customers, irrespective of their location. Over 6,700 television channels operated by leading media groups are broadcast by Eutelsat to one billion viewers equipped for DTH reception or connected to terrestrial networks. Headquartered in Paris, with offices and teleports around the globe, Eutelsat assembles 1,000 men and women from 32 countries who are dedicated to delivering the highest quality of service.

For more about Eutelsat go to www.eutelsat.com